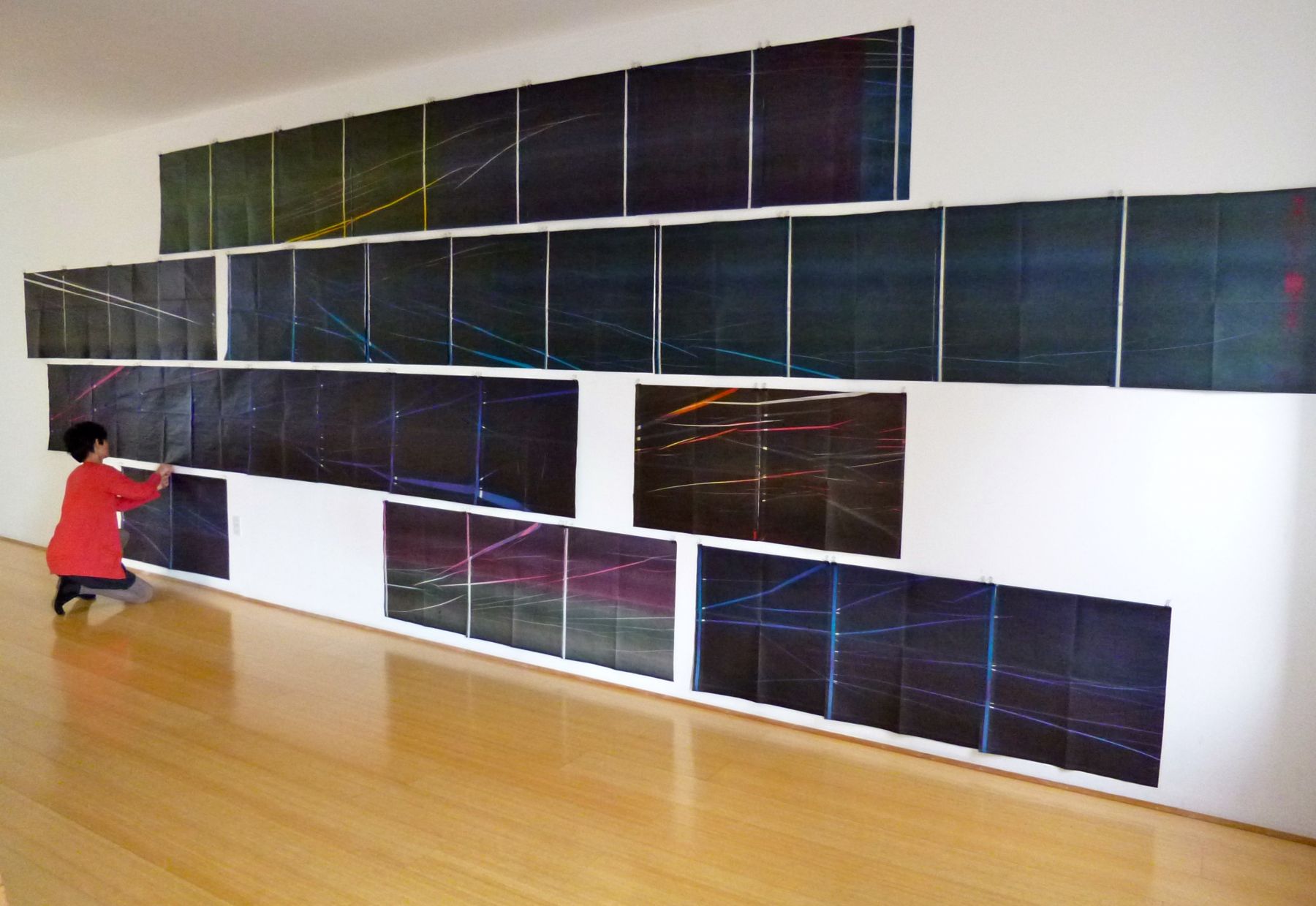 McClain Gallery is pleased to present a new body of work entitled Lightning for Anne Deleporte's online exhibition, which marks her third solo show in Houston. 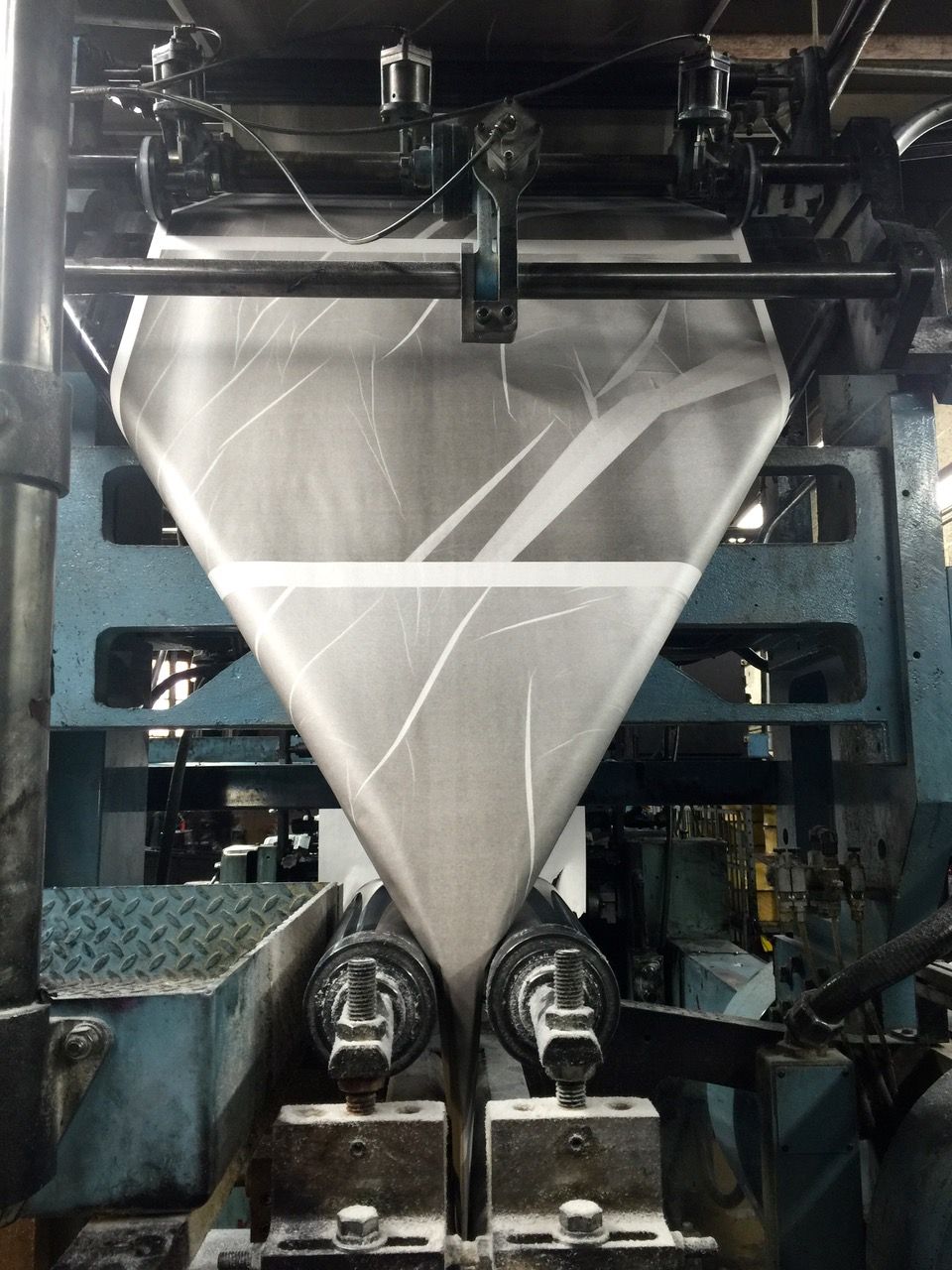 Anne Deleporte's multi-media practice investigates ideas around disappearance, accidents, chance encounters, and found imagery. In her ongoing PhotoFresco series, she isolates found images in newspapers. In a continued investigation of this medium, the Lightning series finds the artist working directly with a newspaper press: utilizing inked rollers and running through uncut lengths of newsprint. After being squeezed between the rollers, the paper wrinkles, bunches, and unevenly accepts ink. The artist then lays out the offcuts to zero in on interesting areas, flattening the wrinkled paper and cutting it down into smaller sheets.  Areas once covered by folds are revealed inkless. Sharper delineations start to resemble lightning bolts in a night sky.

While Deleporte's work relies heavily on process, these found drawings are tied intrinsically to abstract painting and the nature of printmaking. There is an elegant friction between the mechanical means and the likeness to natural phenomena.  Struck by lightning at the age of 19, the poetry of the artist's presence seeps through to add a biographical undertone to the ephemeral imagery.

Anne Deleporte (b. 1960, Corsica, France) is a New York-based, multi-media artist who has always been fascinated with the phenomena of disappearance. True to Deleporte’s signature practice of covering up to reveal, her videos, paintings, and photos engage themes of identity and enigma.

About her series of photo-frescoes, Sara Reisman wrote: "This is no doubt an artist’s filter of the newspaper. Images are privileged over words, suggesting a different kind of literacy. Deleporte’s selective reading creates a sense of order out of the glut of visual and textual matter we face daily, both awake and in dreams... Like the news itself, Deleporte’s paintings leave certain details to the imagination. How one image or detail relates to another is part of the experiment. The real mystery is what Deleporte chooses to cover up."

ANNE DELEPORTE: BEFORE THE NEWS

Uncut lengths of newsprint are seen running through the inked rollers of a newspaper press.